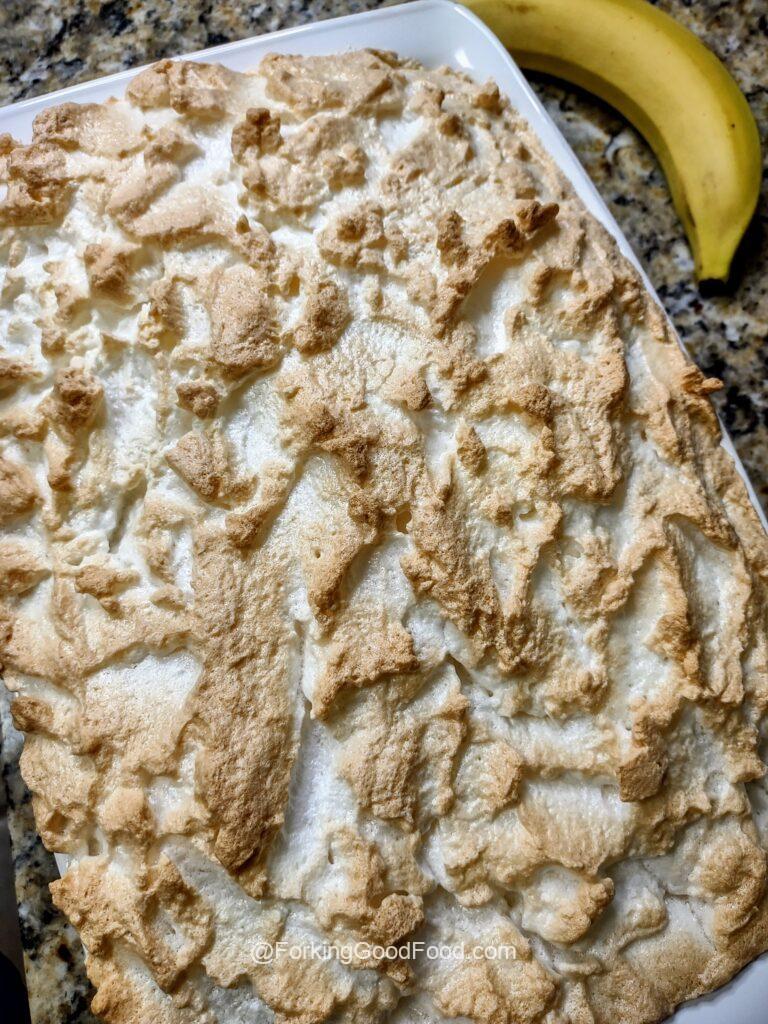 Banana Pudding. Brings to mind church picnics, family reunions, Sunday dinners, and the ensuing "discussion" on who has the best recipe. I'd put this recipe up against any of them.

What is a magazine?

Once upon a time, before many of you were born, there were these things called magazines.  They were sort of like books, but floppier.  If you lived anywhere near Georgia, Alabama, or South Carolina your grandmother read this magazine like the bible.  Many of those afore mentioned "discussions" started with the words "well according to Southern Living..." This is the Southern Living recipe, or as close to it as I can remember. Decades ago this recipe was featured on the cover and my Aunt fell in love with it.  We could always count on her to bring it to any family function.  Over the decades, the cut out magazine recipe was lost.  I've tried to recreate it here.  I tried googling "Southern Living Banana Pudding Recipe on the cover" but that pulled up far more recipes than I was willing to sort through.

Do I bake a banana pudding?

To bake, or not to bake?  That is the question.  If you want a mediocre banana pudding, by all means, don't bake it.  For that matter, use instant pudding and top it with cool whip.  It will taste nice and do in a pinch, but if you really want to wow them - bake it.  Lovingly stir homemade pudding until it's thick and creamy; beat egg whites until they're fluffier than clouds, and bake that bad boy until it's golden brown.

I'm tired of reading and my mouth is watering - let's get started.

Believe it or not, this is really a very simple recipe and there's a good chance you already have everything you need.  Gather your basics out of the pantry (sugar, flour, salt, vanilla) and then the milk and eggs from the fridge.  The only thing left is the sweetened condensed milk, vanilla wafers, and the bananas.  If you are NOT like me and these are not staples in your pantry - they're probably sitting on the counter with the grocery store receipt. 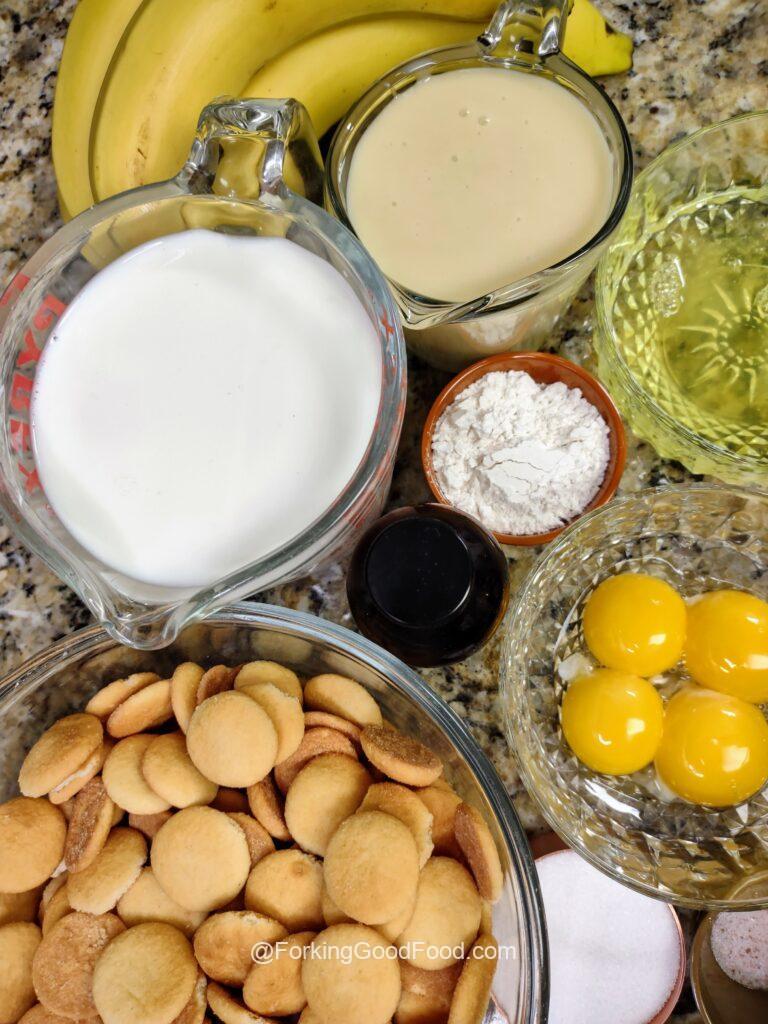 Separate your eggs.  Whisk the yolks and milks together and then pour into a heavy sauce pan with ⅔ of the sugar, the flour, and the salt.  Stirring constantly, and I mean do not stop, bring to the boil over medium heat or until the pudding is nice and thick.  Remove from heat and add in 2 teaspoon of the vanilla.

Layer the bottom of a 13x9" baking dish with vanilla wafers and sliced bananas. 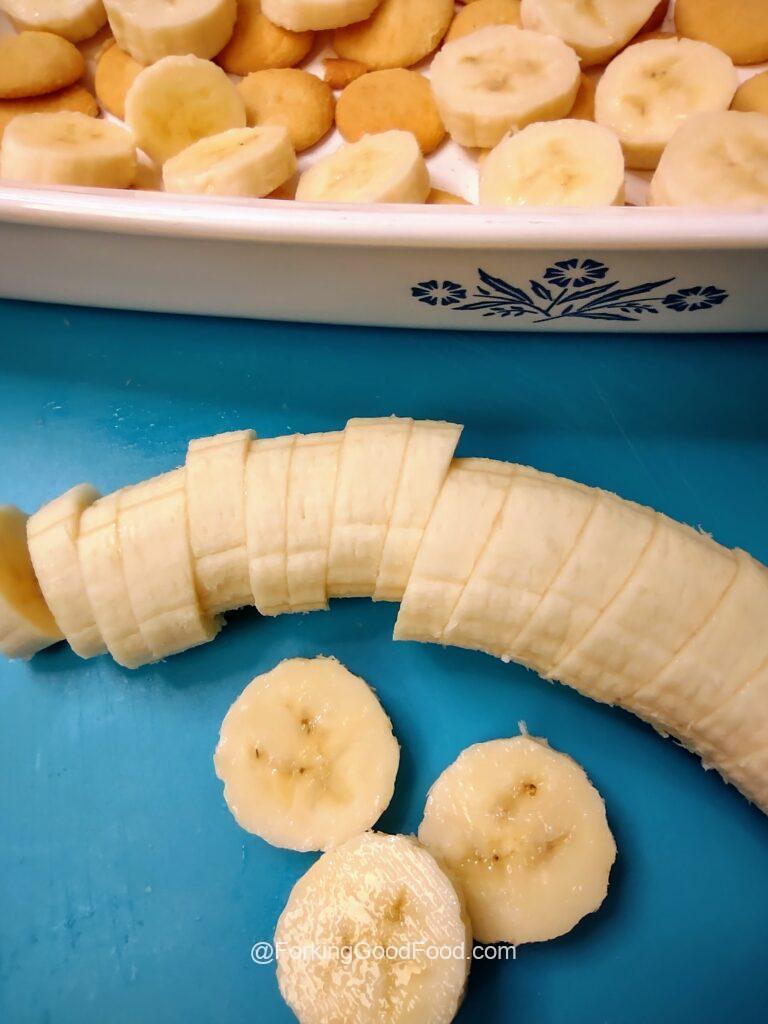 Top with ⅓ of the pudding mixture, then repeat for two more layers. 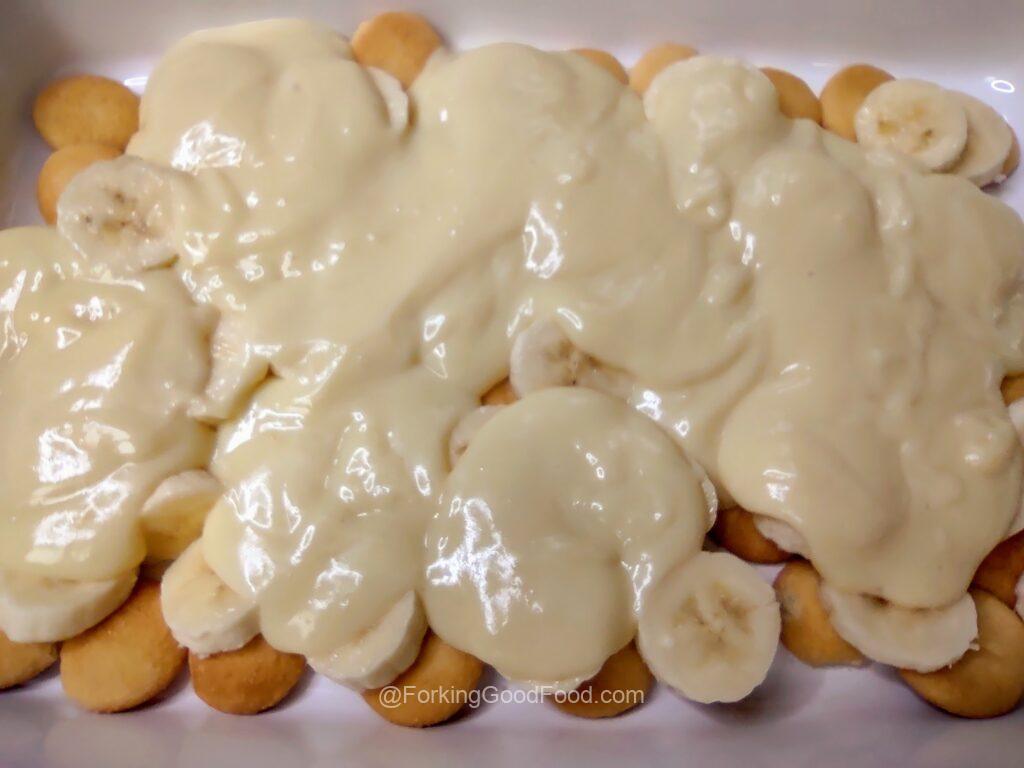 Beat the egg whites and remaining vanilla and sugar together until stiff peaks form.  Gently cover the entire pudding, making sure there are no gaps around the edges. 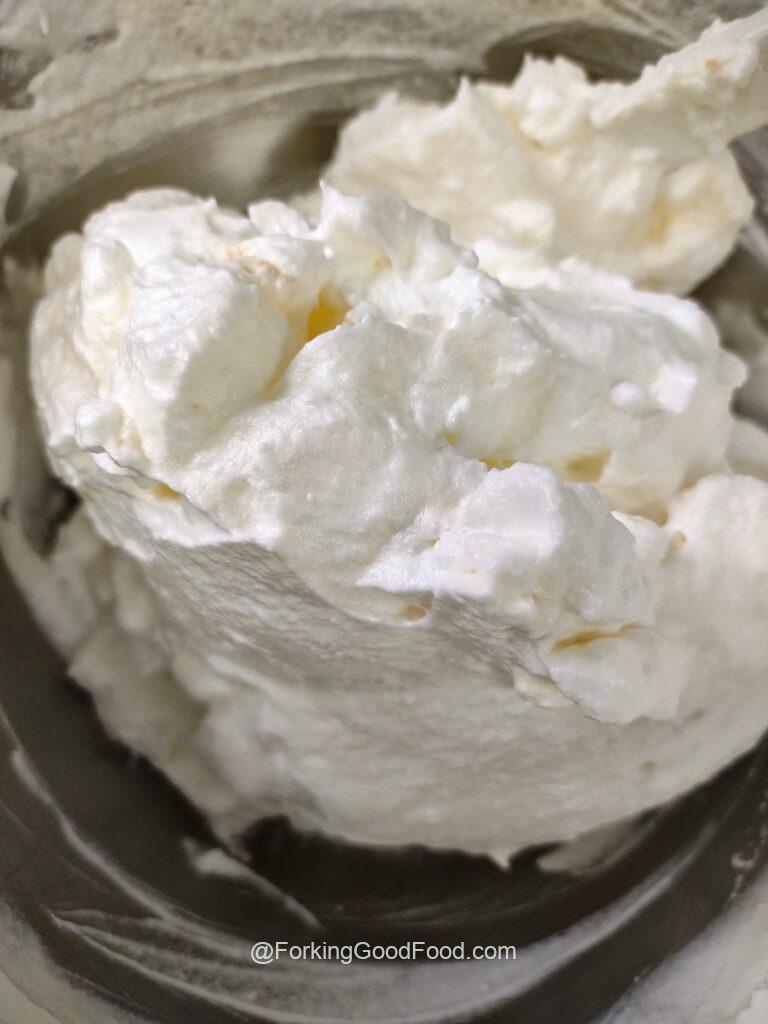 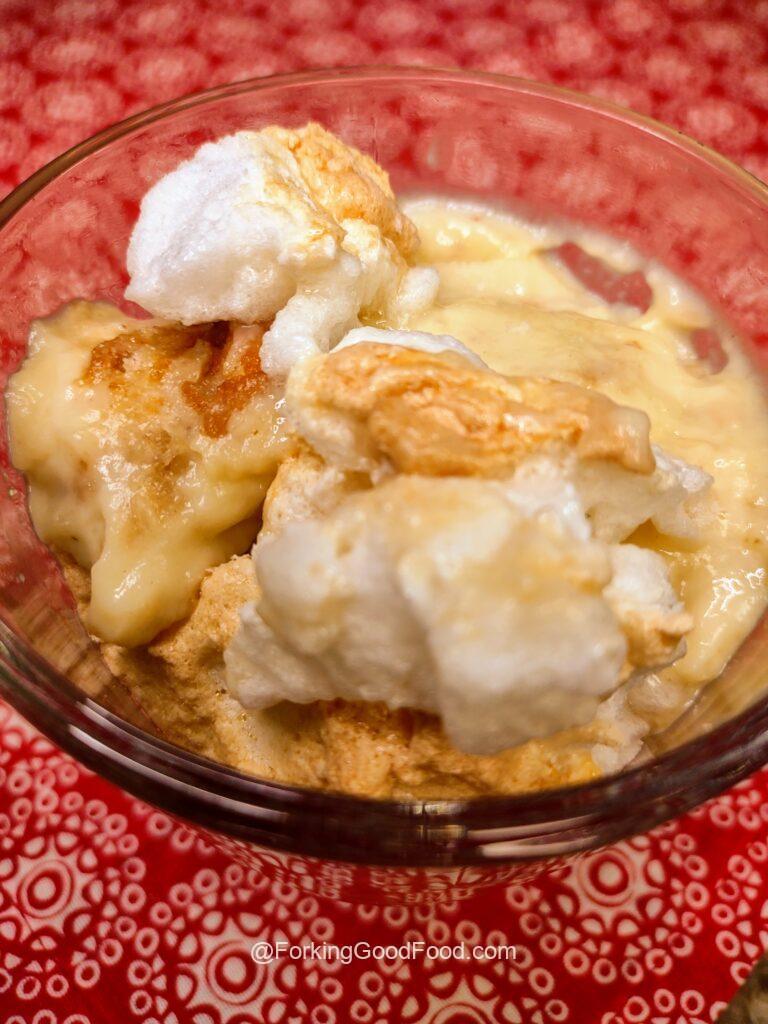 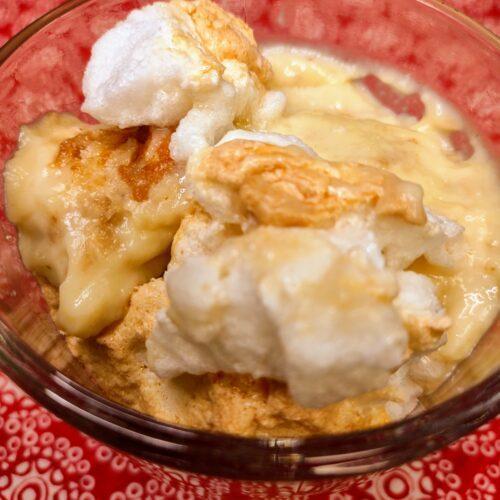