×
You are here: Home / Tips & Tricks / Substitutes for Heavy Cream 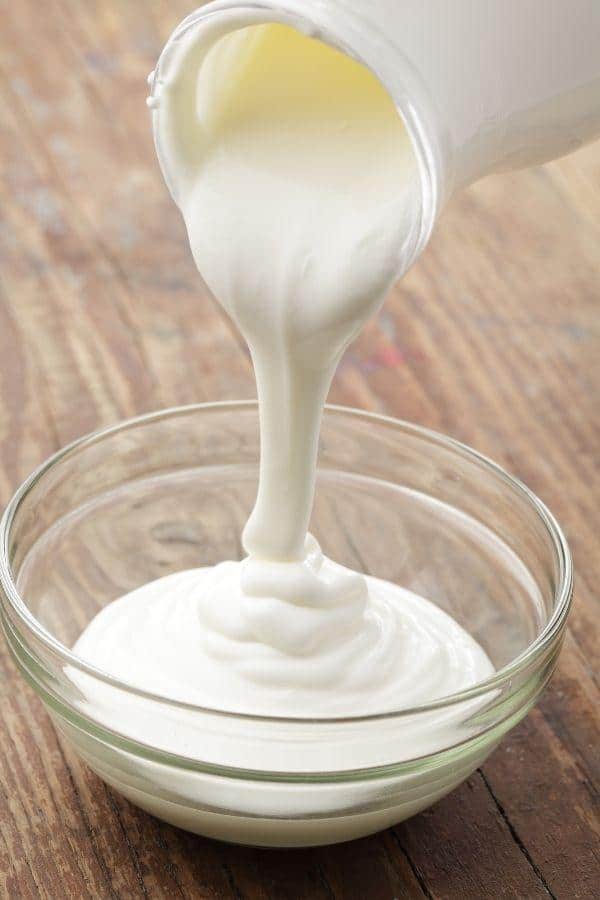 It is not uncommon to be cooking something and realize you are missing one ingredient. For me this is normally heavy cream. Which is fine, because I know what to substitute for it:

When cooking, it's helpful to remember that cream is ¾ milk and ¼ butter by weight. Substituting ingredients will also work if you have enough information about what's in the recipe and the necessary substitutions.

Creme Fraiche, or heavy sour cream, can also substitute for regular heavy whipping cream. In recipes where a buttery flavor is desirable, such as creamed spinach, creme fraiche is better than heavy cream because it contains more fat and fewer calories. Heavy sour cream can also be used in place of half-and-half or milk for cream recipes.

Coconut Cream can replace heavy whipping cream if it is added to a sauce after the heat is removed so that it does not curdle. Furthermore, coconut cream can add fat and flavor to soups and stews which require creamed vegetables or fruit, without the extra calories.

Coconut milk is another substitute for heavy whipping cream; it can be added to sauces or soups using the same method as coconut cream. The difference between coconut milk and coconut cream is that coconut milk contains water whereas coconut cream does not. For this reason, you should only use coconut "cream" if you are looking to add fat and flavor to a recipe.

Coffee Creamer is another substitute for heavy whipping cream. It can be added in place of heavy cream to sauces which will be served immediately, because it tends not to hold up well over longer periods of time. However, you should keep in mind that coffee creamers are usually filled with sugar and other additives, so you should choose an alternative if the recipe can wait.

Milk or half-and-half can also be used in place of heavy whipping cream in some recipes, but it adds fewer calories than all of these substitutes. It's never going to give the same texture or flavor as cream either but will work.

Whole Milk should only be used as a substitute for heavy whipping cream in soups that involve cheese or vegetables, because it has a tendency to curdle and does not hold up well over time. Whole milk can also be used in place of cream or half-and-half when baking, but should still only be substituted in the same way.

Heavy Whipping Cream is preferable to all other substitutes for creamed soups and stews. It's important to remember that you can substitute any of these ingredients for heavy whipping cream, as long as it is added after the heat has been removed from the dish. Otherwise, the consistency will be affected and your dish may not turn out as expected.

Here is a handy chart to help substitute:

Have a tip? Leave it in the comment section below!