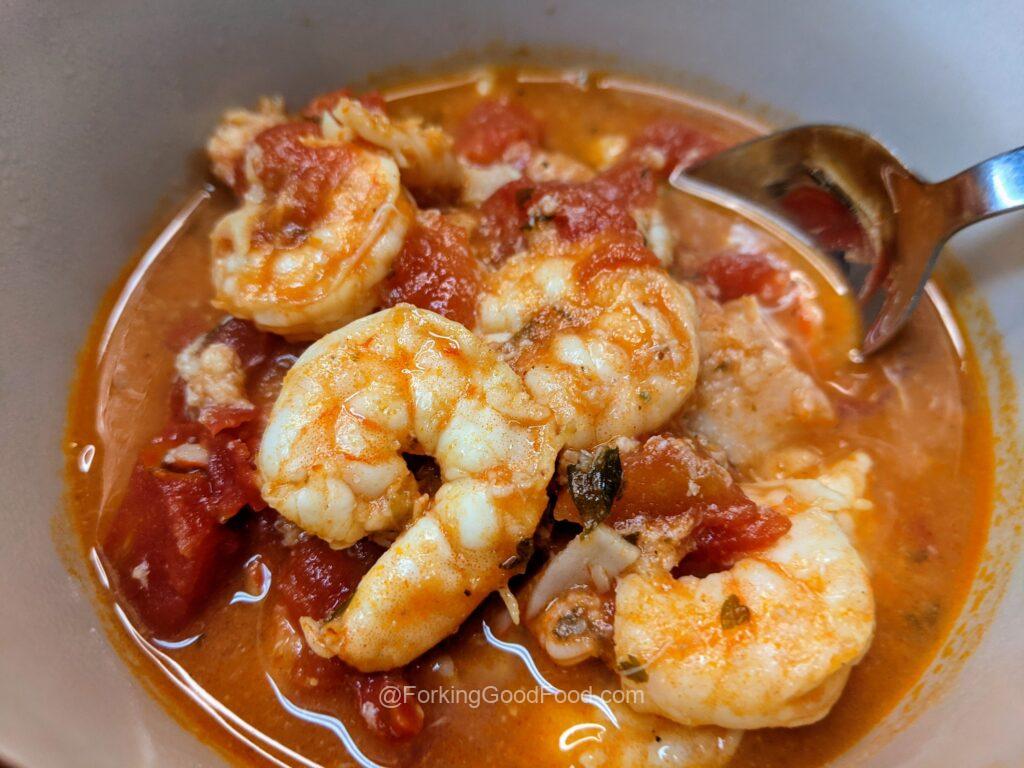 Brudet is a seafood stew that had its origins on Brac island by fishermen back in the 16th century who cooked up their daily catch at sea and later when they came home for lunch. It is popular as an easy meal made with all the leftovers from fish, seafood and vegetables. Brudet is traditionally eaten on fridays , but there are plenty of days left to try it now!

It's also considered a party food because it makes so much food you can feed plenty of people out of one pot!

Brudet is basically any combination of fish, seafood and vegetables cooked in tomato based stew. Brudet is traditionally served with pasta, but can also be eaten on its own as a soup or a dip for crusty bread . Brudet varies from place to place so there are very few 'strict' ingredients such Brac island brudet has onions while Dubrovnik brudet doesn't.

Brudet is often served over pasta even outside of Croatia because it makes enough food to feed an army! Brudet is also a good way to use every piece of fish and seafood you can get your hands on, so it's the perfect dish for all those leftovers that usually go to waste. Brudet became really popular among fishermen, farmers and land owners - people who were accustomed to using every single bit of available food they had. To this day Brudet is considered a "working man's" meal because of its' origin by sailors and farmers/landowners when leftover bits and pieces of fish would be cooked in tomato based stew. 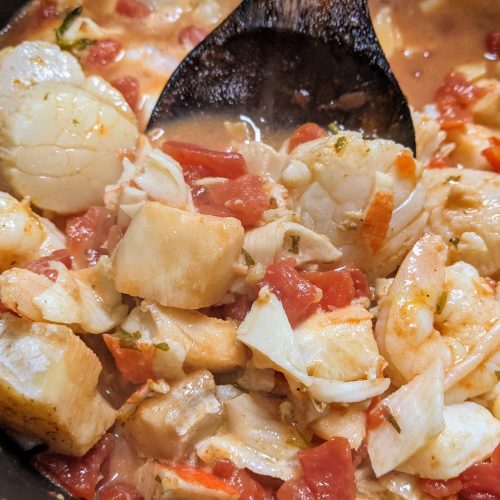 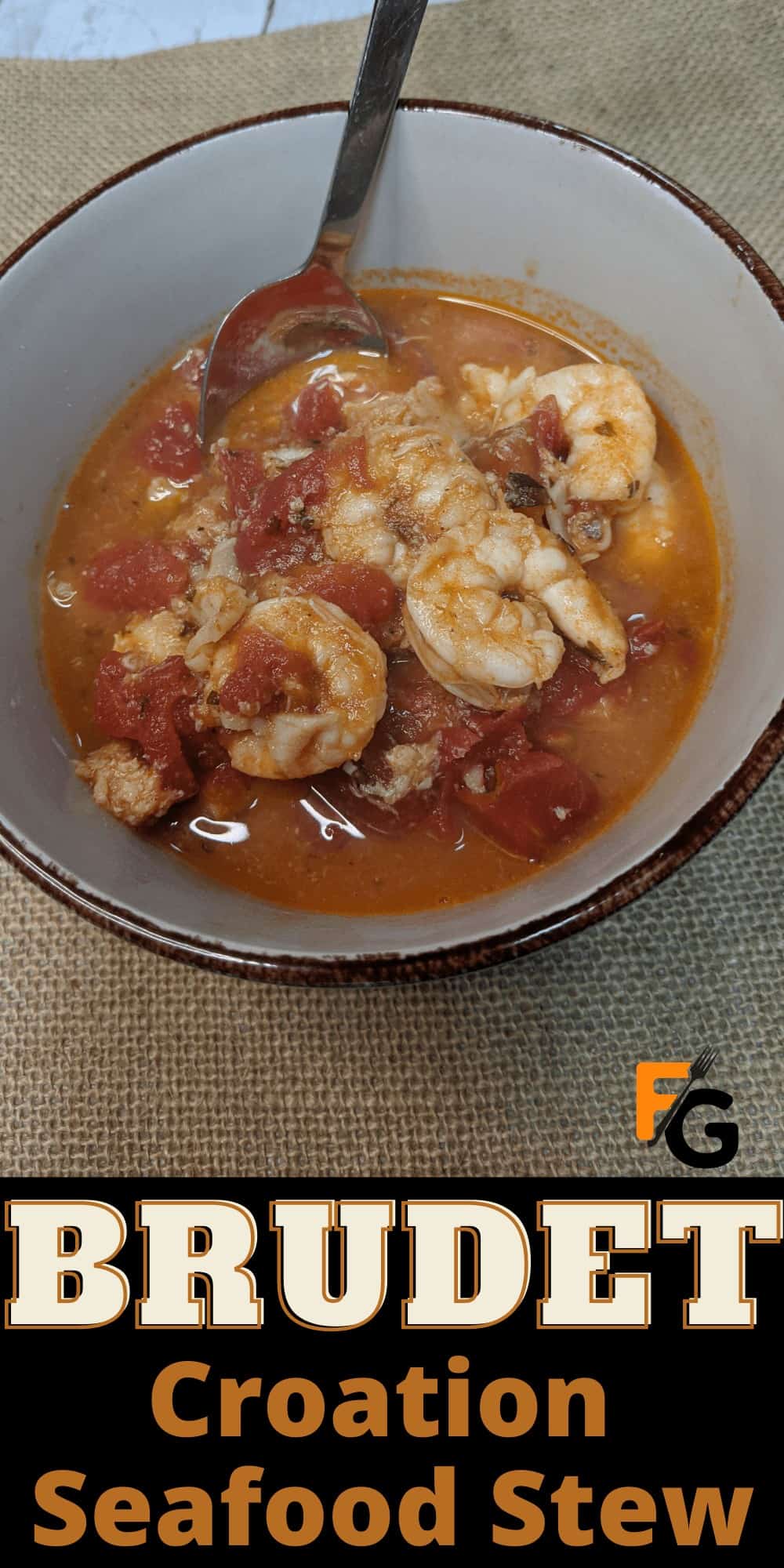