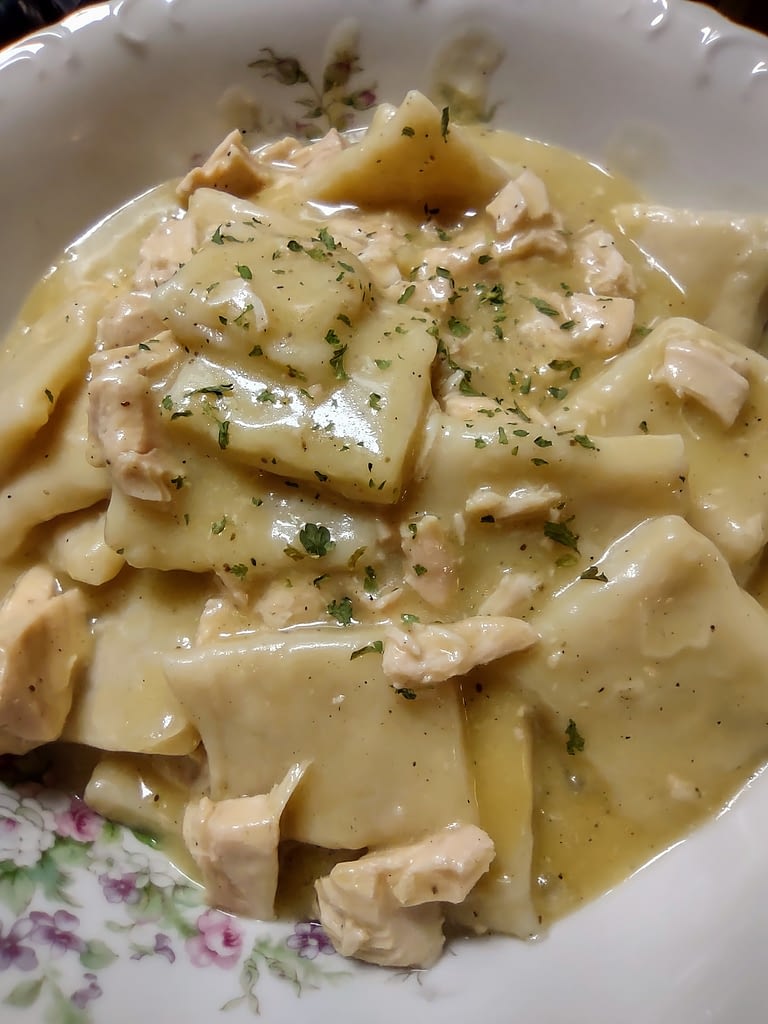 Chicken and Dumplings is one of the South’s most comforting of all comfort foods. Well, in my world it is.

I spent years searching for that one perfect recipe that would satisfy my love for this Southern staple. My very dear friend Debbie shared this recipe with me years ago and I stopped looking.  This recipe has the best chicken to dumpling ratio and the broth is just right; not too thick, not too thin.

When my son was little and would have a cold, he got chicken and dumplings rather than chicken soup.  It’s believed that Chicken, which is especially rich in carnosine, helps reduce that stuffy head feeling. Eastern medicine has used celery seeds for thousands of years to treat ailments like bronchitis and the flu.  So next time you’re feeling a little under the weather (or not), serve up a big bowl of comforting chicken and dumplings and let me know if you feel better.

Classic Southern Chicken and Dumplings can be made in a Slow Cooker, Instant Pot or on the stove top! #soulfoodrecipes #eatlocal

What can you serve with chicken and dumplings? 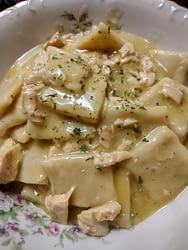 For a richer flavor, use a whole chicken. It’s a little more work, but well worth the time. That’s not to say that this dish isn’t delicious using boneless, skinless chicken breasts either. If that’s all you have - go for it! Cream really does make the difference, especially in the dumplings. If you only have so much to go around, add the cream to the dumplings and milk to the both. Check around for some half and half if you have it as that makes a great substitute as well. If you have a pastry cutter, use that to cut in your butter; if not use a fork.  You can use your fingers, but the heat from your hand will melt the butter and your dumplings won't be nearly as good. Dusting the dumplings with flour will prevent them from sticking together while cooking.

History of Chicken and Dumplings from Scratch